Starts From 1750 USD Per Person 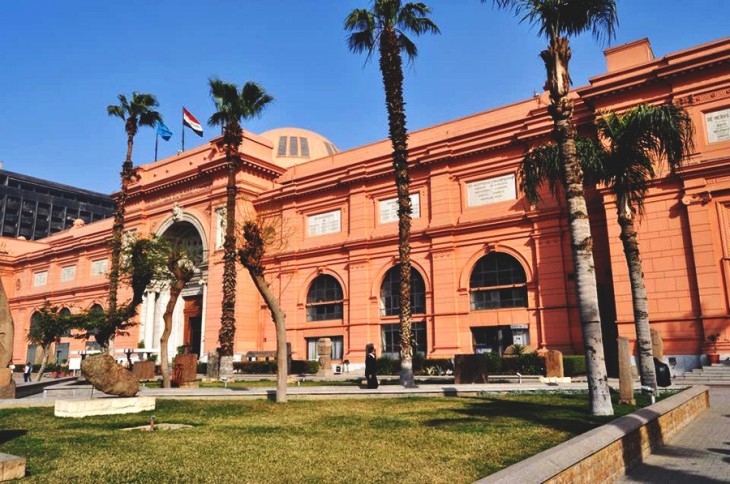 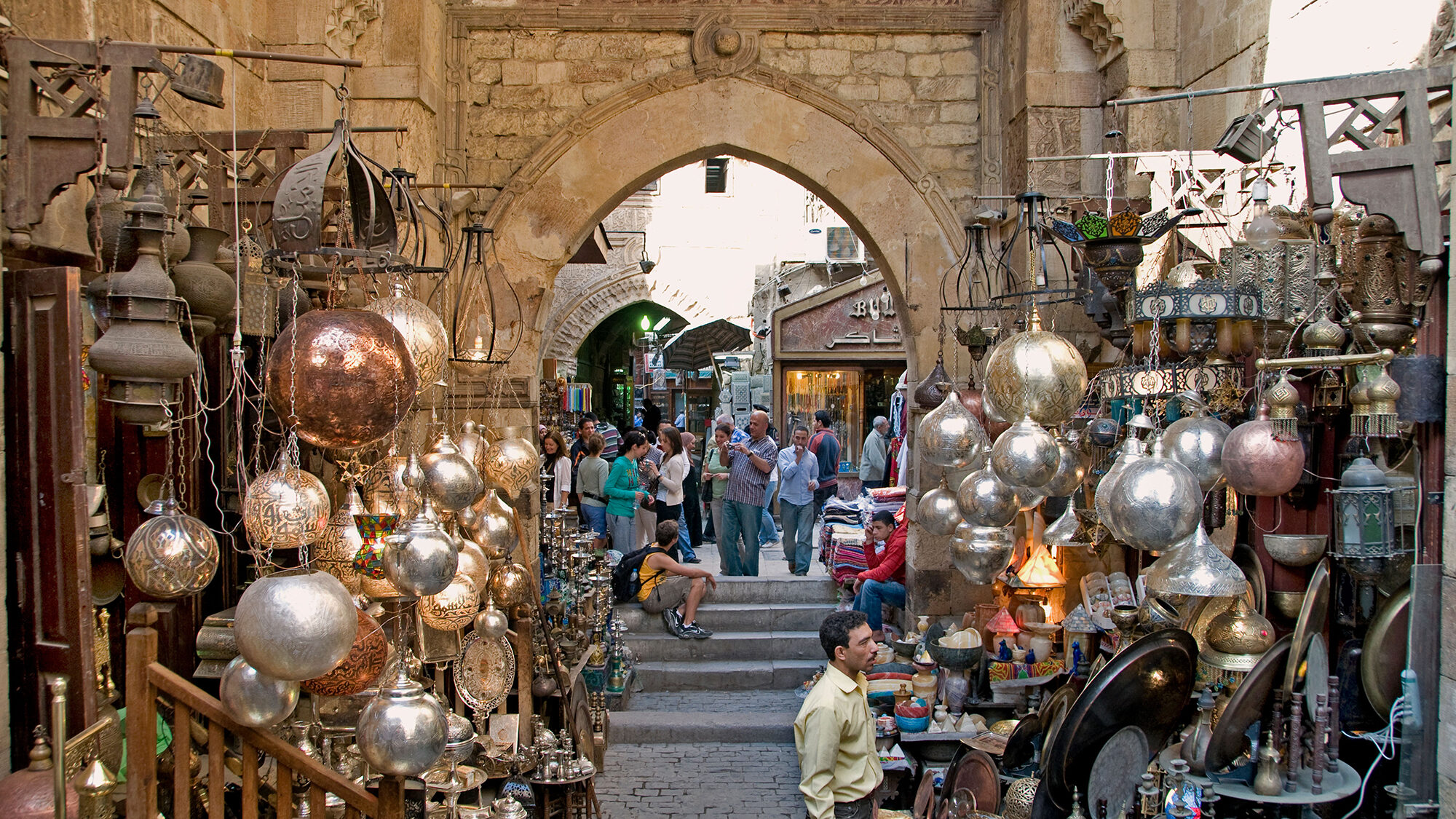 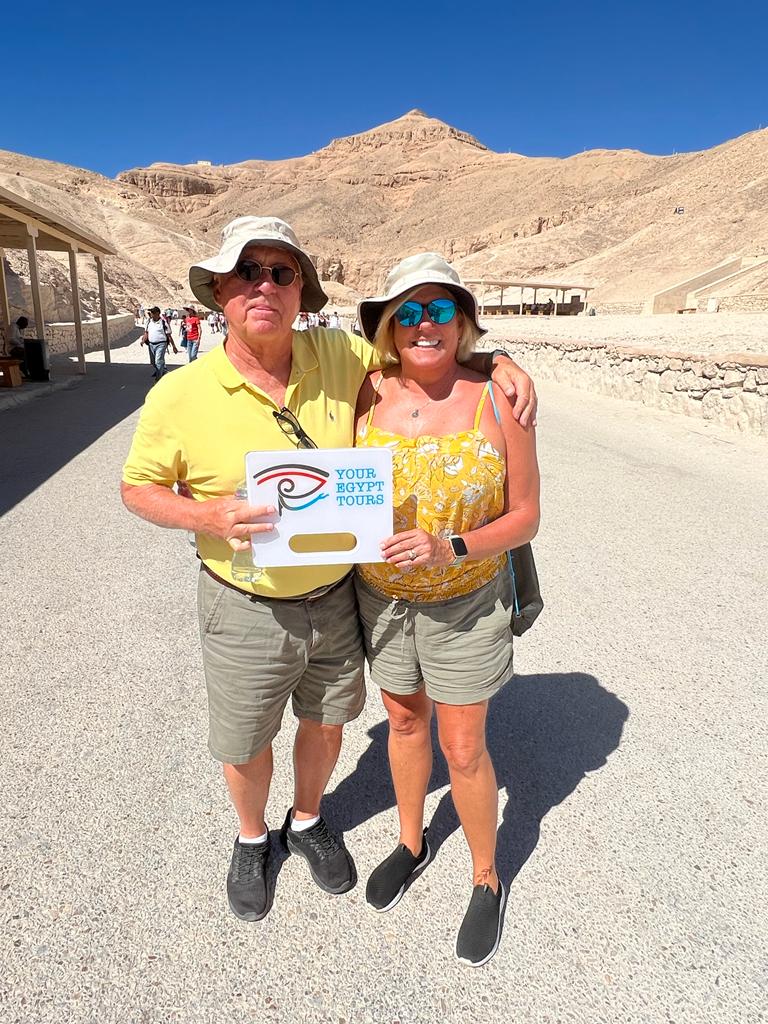 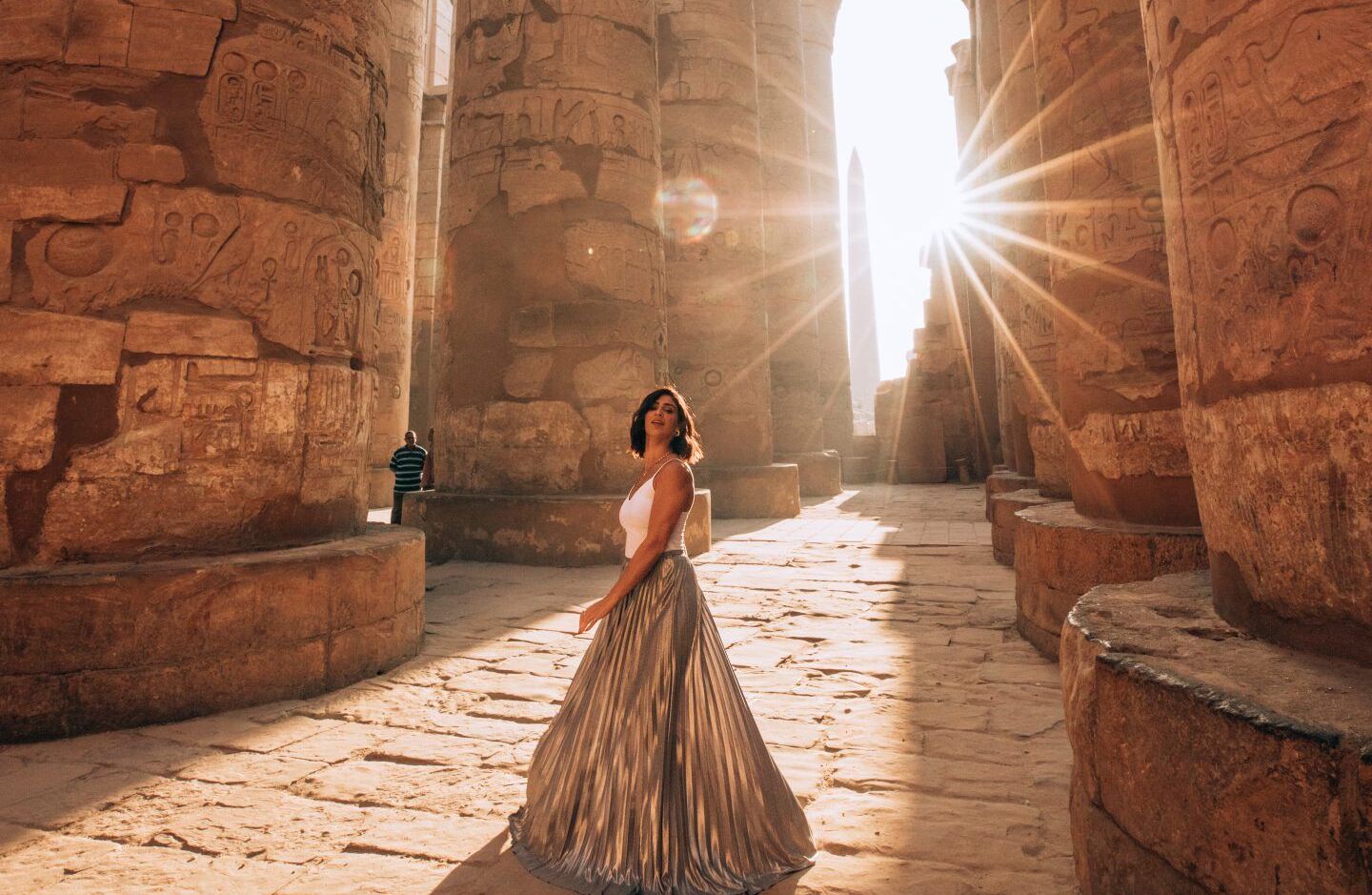 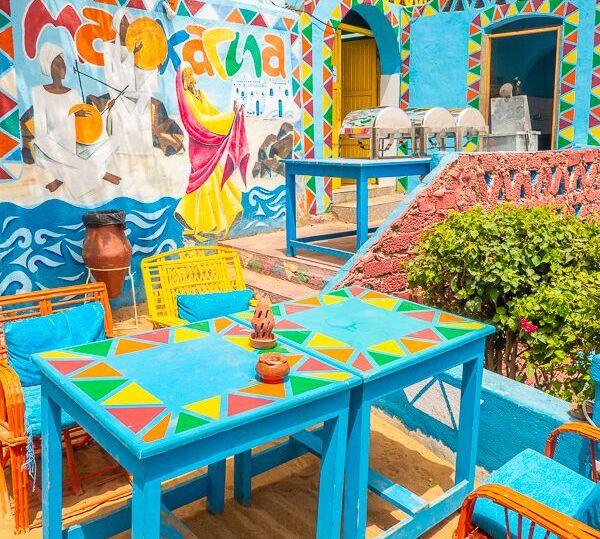 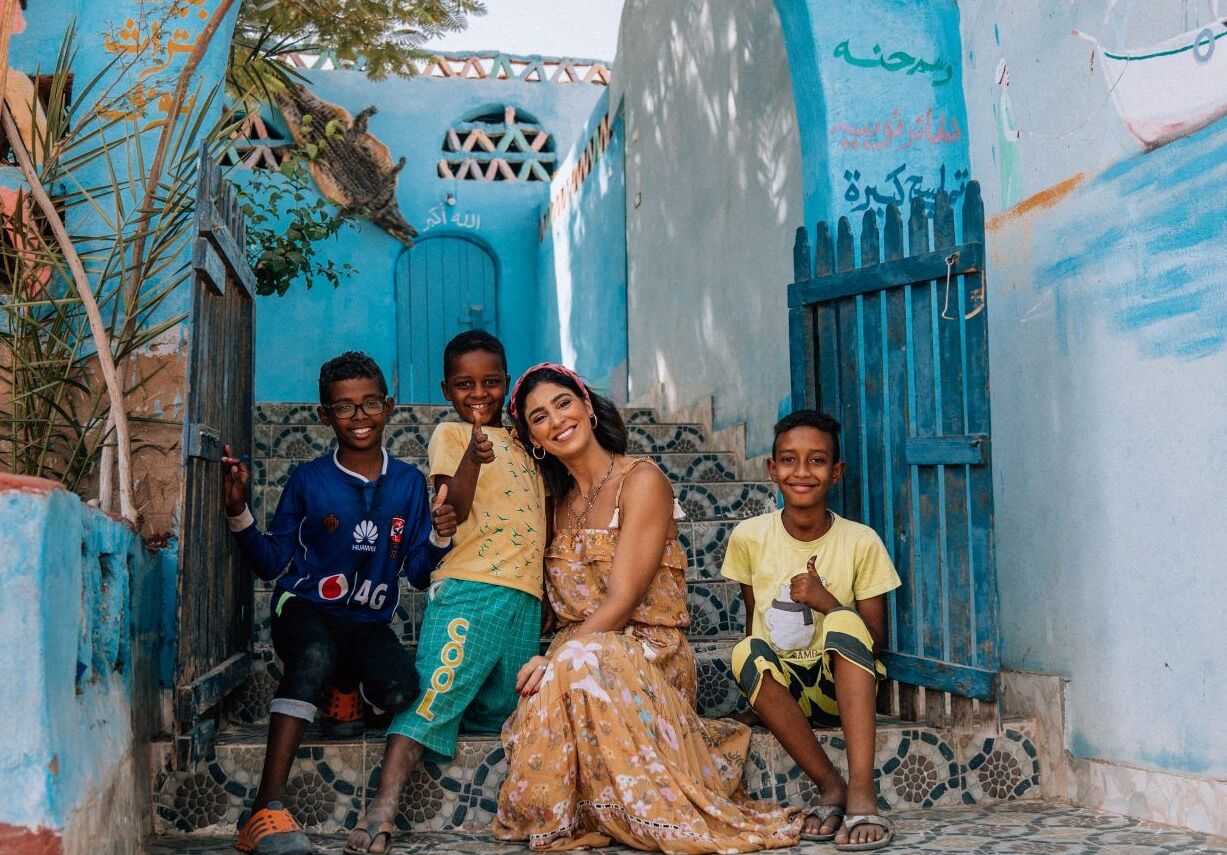 Our representative will meet and greet you at Cairo International Airport, and help you handle your procedures through passport control, luggage area, and customs formalities. You will then be transferred to your hotel in a private air-conditioned vehicle. Overnight in Cairo.

After breakfast in the hotel, you will step back in time to the days of ancient Egypt on a fantastic tour of the Great Pyramids of Giza and the Great Sphinx. The whole family will then go on a camel ride. After this, you will have free time to enter one of the chambers of pyramids (optional, for an additional cost); however, your guide is not permitted to enter with you. After visiting the pyramids, you will continue across the plateau for a photo opportunity of the three pyramids rising from the sands with the Cairo skyline in the background. A short drive to the city side of the plateau finds you standing at the feet of the Sphinx, for thousands of years the enigmatic symbol of Egypt. Also in Giza, you may visit the Solar Boat Museum (optional, for an additional cost), home to the remarkably well-preserved funerary boat of King Khufu. Today, you will also have a chance to visit a Papyrus Institute to see how the famous artwork is made and to teach the kids how to write their names in hieroglyphics. Optional night activity: Giza Pyramids Sound and Light Show

After breakfast at your hotel, you will check out from your hotel to then proceed to visit Cairo’s famous Egyptian Museum of Antiquities. The museum houses over 250,000 Egyptian artifacts, including the priceless treasures of King Tutankhamen. His six-gilded coffins dominate the main hall while his magnificent death mask is the star attraction! Here you will have free time to explore at your leisure. You may visit the “Royal Mummies Room” (optional, for an additional cost) to learn about the art of mummification in ancient Egypt. After you visit the Egyptian Museum, you will go to visit the ancient sites and culture of Coptic Christians where you will learn about Christian life in Egypt. You will tour Abu Serga where the Holy family sorts refuge, and Ben Ezra, which is one of the oldest synagogues in Cairo. After the conclusion of your tour, you will be transferred to the Giza Railway Station for departure to Aswan by sleeping train. Overnight on board the train.

Breakfast will be served on board the train. Once you arrive in Aswan, our representative will meet and assist you and will take you to check into your 5-star hotel. Following this, you will proceed to enjoy the beauty of Philae Temple located on Egilka Island. Here you will visit a local village and school (if open, the children will be taught the Arabic alphabet and numbers). You will then enjoy lunch at the home of a Nubian family. Here you will learn about Nubian life in Egypt. After the conclusion of your tour, you will be driven back to your hotel. Overnight in Aswan.

Breakfast will be served at your hotel. Today, early in the morning you may go to the impressive Temples of Ramses II at Abu Simbel (optional tour). Today you will go on a trip by bus to the impressive Temples of Ramses II in Abu Simbel. The complex is part of the UNESCO World Heritage Site known as the “Nubian Monuments,” which runs from Abu Simbel downriver to Philae (near Aswan). The twin temples were originally carved out of the mountainside during the reign of Pharaoh Ramesses II in the 13th century BC, as a lasting monument to himself and his queen Nefertari, to commemorate his alleged victory at the Battle of Kadesh, and to intimidate his Nubian neighbors. However, the complex was relocated in its entirety in 1968, on an artificial hill made from a domed structure, high above the Aswan High Dam reservoir. The relocation of the temples was necessary to avoid their being submerged during the creation of Lake Nasser, the massive artificial water reservoir formed after the building of the Aswan High Dam on the Nile River. Abu Simbel remains one of Egypt’s top tourist attractions. With your qualified Egyptologist as your guide, you will enjoy a personalized visit to the temples of Abu Simbel. With its four rock-hewn pharaohs, your guide will explain the history behind this magnificent site, including how the temples were discovered by accident in 1813. Due to the large number of visitors to Abu Simbel, guides are not permitted inside either of the two temples you will visit. Following your conclusion of this optional tour, you will go back to your cruise ship. In the afternoon, you will go on a Felucca (a traditional Egyptian sailing boat) from Aswan to sail to Kom Ombo. Overnight on board the Felucca.

Breakfast will be served on board the Felucca. Today you will continue sailing to Kom Ombo. When you arrive at Kom Ombo, you will disembark the Felucca. You will then visit Kom Ombo Temple and Edfu Temple in an air-conditioned van. After the conclusion of your, you will drive to Luxor. Once you arrive in Luxor, you will check into your hotel. Overnight in Luxor.

Early in the morning, you may on a hot air balloon ride (optional tour). Today you will go to the West Bank of the River Nile to visit the two colossal statues (Colossi of Memnon). Following this, you will visit the Valley of the Kings, where the magnificent pharaonic tombs were discovered. The Valley of the Kings is a valley in Upper Egypt where, for a period of nearly 500 years from the 16th to 11th century BC, tombs were constructed for the Pharaohs and powerful nobles of the New Kingdom. Guides are not permitted inside the tombs, but your guide will tell you what to look for inside the richly decorated rooms. Here you may also visit the burial tomb of King Tutankhamen (optional, for an additional cost). Continue the tour to visit the Hatshepsut temple at El Deir El Bahary, which is dedicated to Queen Hatshepsut. After the conclusion of your tour, you will be driven back to your hotel for drop-off. Overnight in Luxor. Optional night activity: Sound and Light show at the Temples of Karnak

After breakfast at your hotel, you will be accompanied by your Egyptologist guide to visit the Karnak Temple, which is considered the largest place of worship ever built. Its ancient name I pet-it means “the most sacred of places.” The temple, or, more correctly, the complex of temples, was built more than 2,000 years ago by generation after generation of pharaohs. Within the complex, you will find the great “Hypostyle Hall,” which is an incredible forest of giant pillars. After this, you will visit the Luxor temple, which was built by Amenhotep III, and Ramses II for rituals and festivals dedicated to the god Amun-Ra. After the conclusion of your tour, you will be driven to Luxor train station to take your sleeper train to Cairo. Overnight on board the train.

Breakfast on board the train. Once in Cairo, your Egyptologist guide will meet and be assisted by your Egyptologist guide who will take you to check into your hotel. In the afternoon, you will look beyond the pyramids and pharaohs, and discover the Citadel of Salah el-Din where Mohamed Ali Alabaster Mosque stays, and the Mosque and Madrassa (school) of Sultan Hassan. Thereafter, you will visit the Khan el Khalili bazaar where your guide will give you an introduction to the famous markets, which are said to have inspired Christopher Columbus to discover the Americas. Here you will have free time to stroll through the maze of streets and try your luck bargaining with the shop owners for a souvenir of your trip to Egypt. Optional night activity: Egyptian Cultural Dinner Nile cruise and Show: 4-star Nile dinner cruise OR 5-star Nile dinner cruise 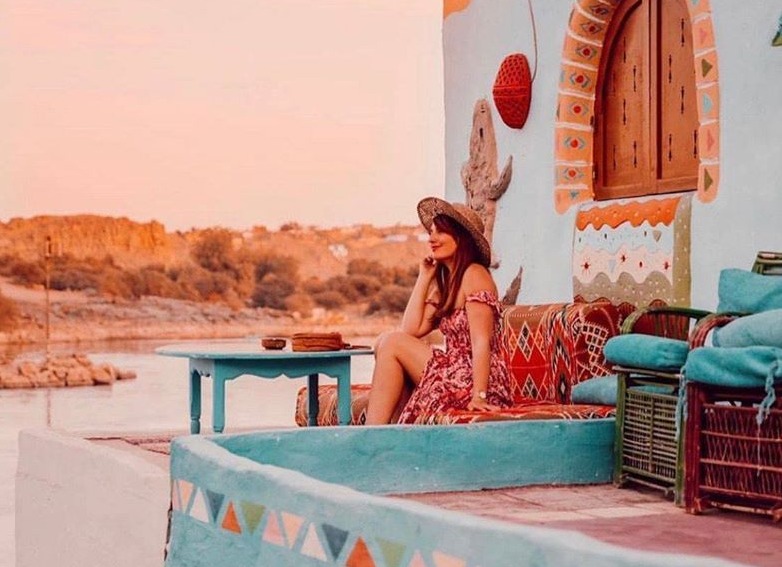 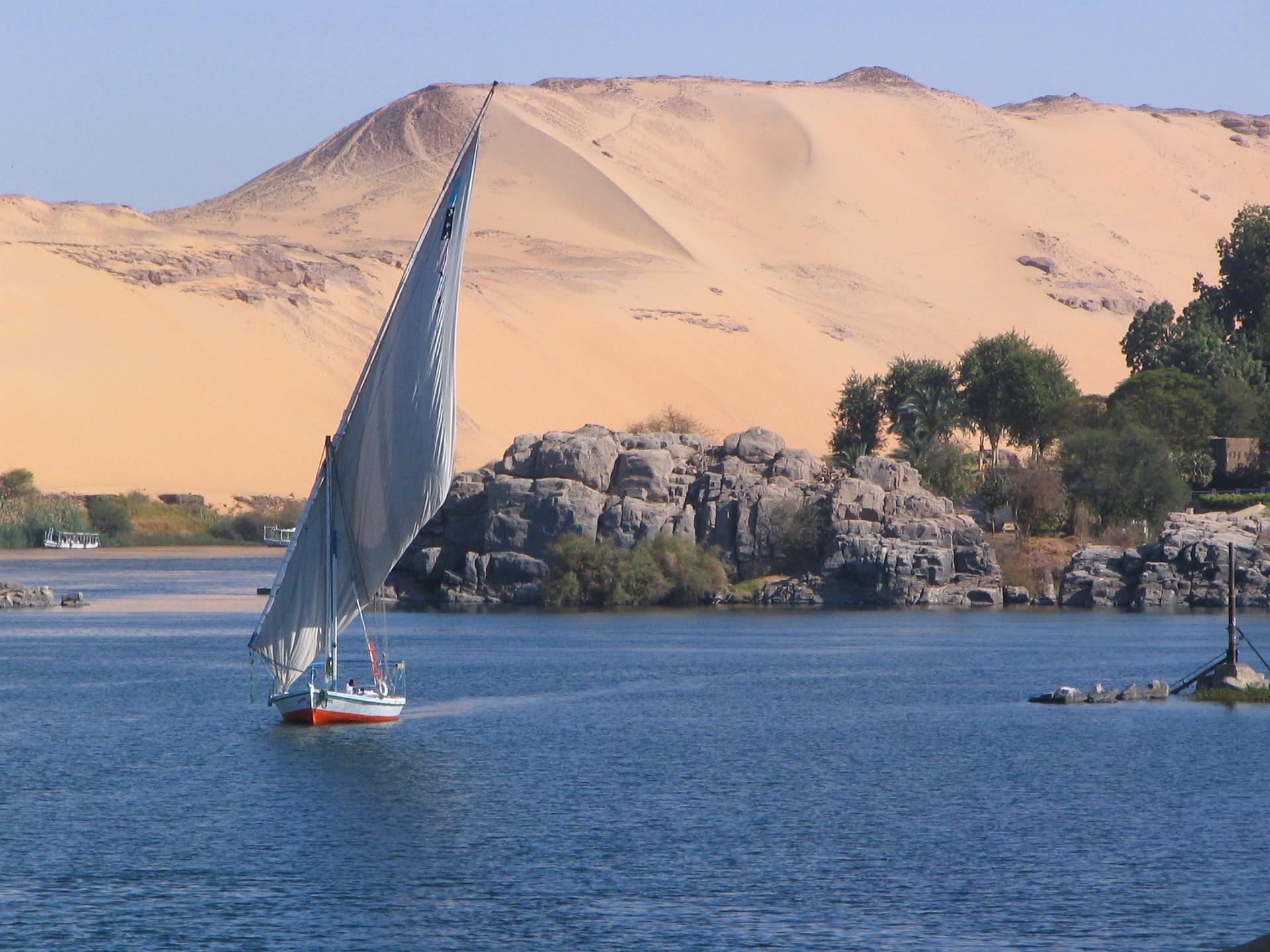 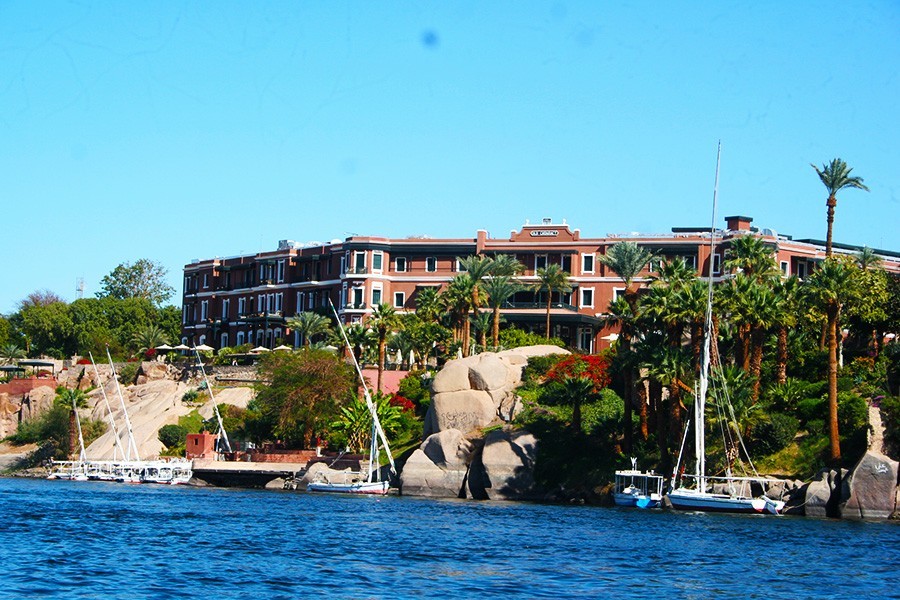 Explore the biggest landmarks of three major classic cities: Cairo, Aswan, and Luxor in 7 nights. Meet the great pharaoh Ramses II at his huge temples at Abu Simbel. Experience the Nile River on a luxurious and relaxing Nile cruise. Mix with the locals in souks and markets to learn their customs and traditions. Entrance fees, guiding, transportation, and meet and assist services are all included.