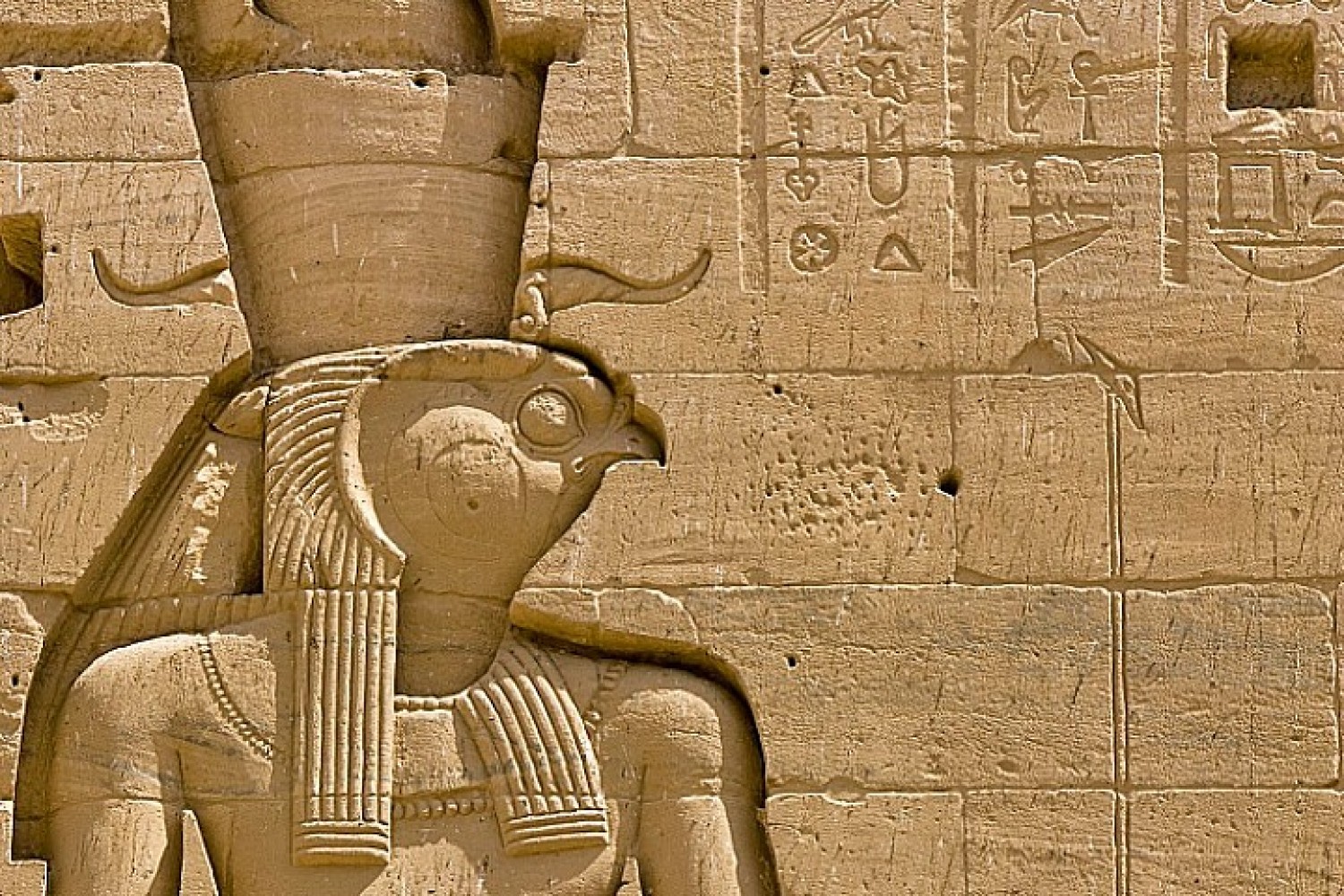 AMUN The supreme deity of ancient Egypt during the New Kingdom (1550–1069 B.c.), Amun is one of the most ancient gods in the Egyptian pantheon. Amun was the principal god of the city of Thebes, along with his wife, but, the lion-headed goddess, and their son, KHONSU, the moon god. Egyptian gods frequently came in threes or triads. Over Egypt’s long history, Amun gained many titles: Amun Kematef; “He Whose Time is Over”; “Lord of the Throne of the Two Lands”; and “Eldest of the Gods of the Eastern Sky,” to name a few. Amun’s name meant the “hidden one” or “that which is concealed,” implying that his nature was unknowable.

A possible origin of his name is the ancient Libyan word a man, or “water.” In one creation myth, a group of eight gods lived in the Ogdoad or primordial water, and they were the first gods to come into existence. Amun and his first wife, Amunet, were the gods of the Ogdoad, representing “hiddenness.”

In statues and paintings, Amun is personified as a man, either standing or seated on his throne, wearing a kilt and a round, flat crown with a sun disk and two tall ostrich feathers on top. His skin is often blue, perhaps a symbol for water or lapis lazuli, a highly prized stone worthy of the gods.

The animals sacred to Amun were the goose and a special breed of ram with large, curling horns. The ram became the symbol of Amun, as did the ram’s horns, and sometimes Amun was depicted as a ram or as a ram-headed man.

Amun probably was first worshipped as an agri- cultural god who assured abundant crops and fertility in animals. Over time he evolved from a minor local god to the supreme deity in the Egyptian pantheon. Amun is mentioned in the PYRAMID TEXTE, where he is said to “protect the other gods with his shadow.” The earliest known temple for Amun was built in the Eleventh Dynasty (2125–2055 !.c.) in Thebes.

In ancient Egypt, religion and politics went hand in hand, and when the Theban princes in the south won a battle with the north, they united the country and started the Twelfth Dynasty (1985–1795 B.c.). The powerful southern kings paid special homage to Amun, in thanks for his divine help, by taking the god’s name as their own. King Amenemhet I (Amun-em-het) took the name “Amun is Supreme,” as did his immediate successors. Their patron deity became “the king of the gods.” As the cult of Amun became powerful, Waset (later called Thebes by the Greeks), grew in power and wealth and was called the City of Amun. During the New Kingdom (1550–1069 B.c.), when Egypt was at the height of its Golden Age, Waset has named the capital of Egypt and the most important religious center in the land. 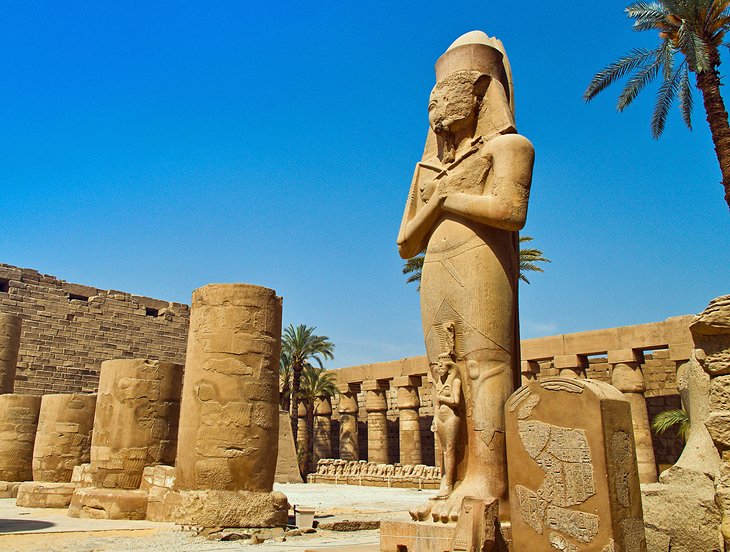 Amun was often credited by the queens of Egypt as having fathered their children. When Queen HATSHEPSUT came to power, she inscribed the story of her divine birth, from the union of Amun and her mother, Queen Ahmose, on the wall of her mortuary temple at Deir el Bahri. The queen is visited by Amun in the guise of her husband; the god and the queen sitting on a bed, with hands touching. Amun holds an ANKH, the sign of life, to the queen’s nose, and in due time she gives birth to Hatshepsut. Carvings on the walls of Luxor Temple show how Amun visited Queen Mutemwiya in the same fashion, and their union produced her son, Amenhotep III. The clear portrayal of this myth helped to strengthen Hatshepsut’s and Amenhotep’s right to the throne of Egypt, and Hatshepsut boasted that she erected her obelisk at Karnak “for her father Amun.”

Thebes (modern Luxor) was the center of the Egyptian universe, and Amun was its most powerful god. By elevating Amun to the position of the supreme god, the Egyptian priests came close to the idea of monotheism, a concept that would be fully developed later when Akhenaten came to power (1352–1336 B.c.). Amun’s popularity continued even during the Ptolemaic dynasty (332–32 B.c.), for the Greeks saw Amun as a version of their principal god,  Zeus.