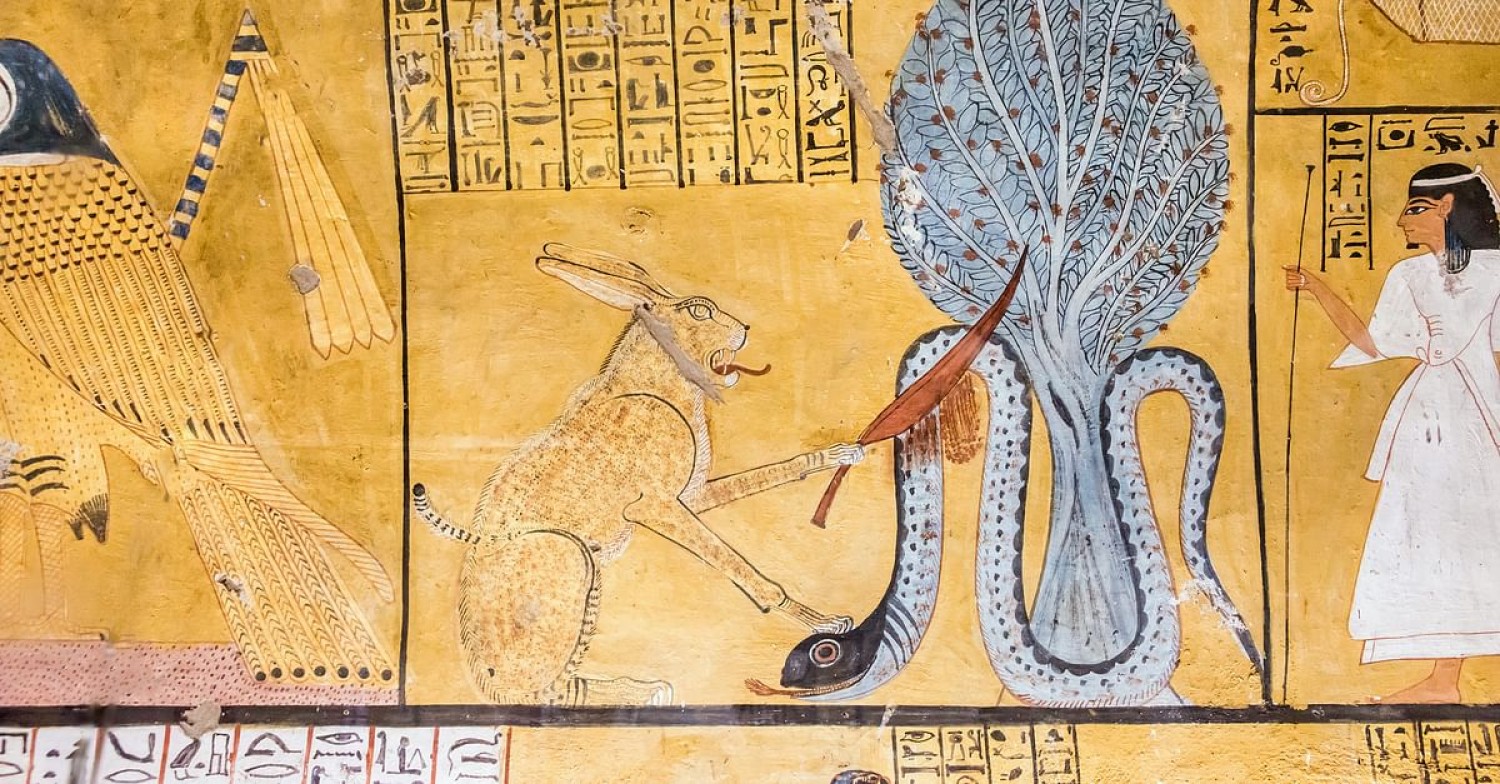 APOPHIS  (APEP)   The   serpent god of the Underworld, Apophis represents all that is

malicious and evil. As a primeval force of darkness and chaos, Apophis is the opposite of the sun god, RE, and his life-giving rays. The great serpent was the most wicked and eternal adversary of Re, who was forced to battle and defeat him each night. Apophis’s greatest threat to the sun god was that if Re was not watchful, Apophis would capsize and destroy the solar boat as it sailed through the hours of the night, making it impossible for the sun to appear on the horizon each day.

Apophis could also take the form of a mammoth crocodile and attack the sun god on land or water.   The sound of his voice was so terrifying that even the great god Re shuddered when the serpent roared. One of Apophis’s names is “Earth-Shaker,”  and violent storms and earthquakes were attributed to his wrath.

We find Apophis’s origin in Egyptian CREATION, MYTHS—especially the story from  HERMOPOLIS, where he first appears as both serpents and frogs. Here, Apophis represents the first energy, a primeval force thriving in chaos and darkness in a time before MAAT and divine order existed.

Help in fighting the forces of the evil serpent could be found in the Book of Overthrowing Apep (Apophis), a collection of spells and rituals that could be used against the demon. Originating in the NE3 KiNGDOM( (1550–1069 B.c.), the most complete text is found in the Bremner-Rind Papyrus. Drawings in the PAPYRUS show the “great serpent” subdued with knives and chains to diminish his power. Priests in the temple of AMUN-RE at Thebes chanted the spells and called upon the powerful magic of  ISIS and THOTH when they listed all the ways that Apophis must be subdued:

(1) Spell for spitting on Apep, (2) Spell for crushing Apep with the left   foot,

Each part of Apophis’s body was mentioned with the specific method of destroying him.  Sometimes wax figures were fashioned of Apophis and bound with red and black string, then pierced with knives and burned. To further ensure the destruction of Apophis, his secret name was inscribed on a new papyrus and burned over flames.