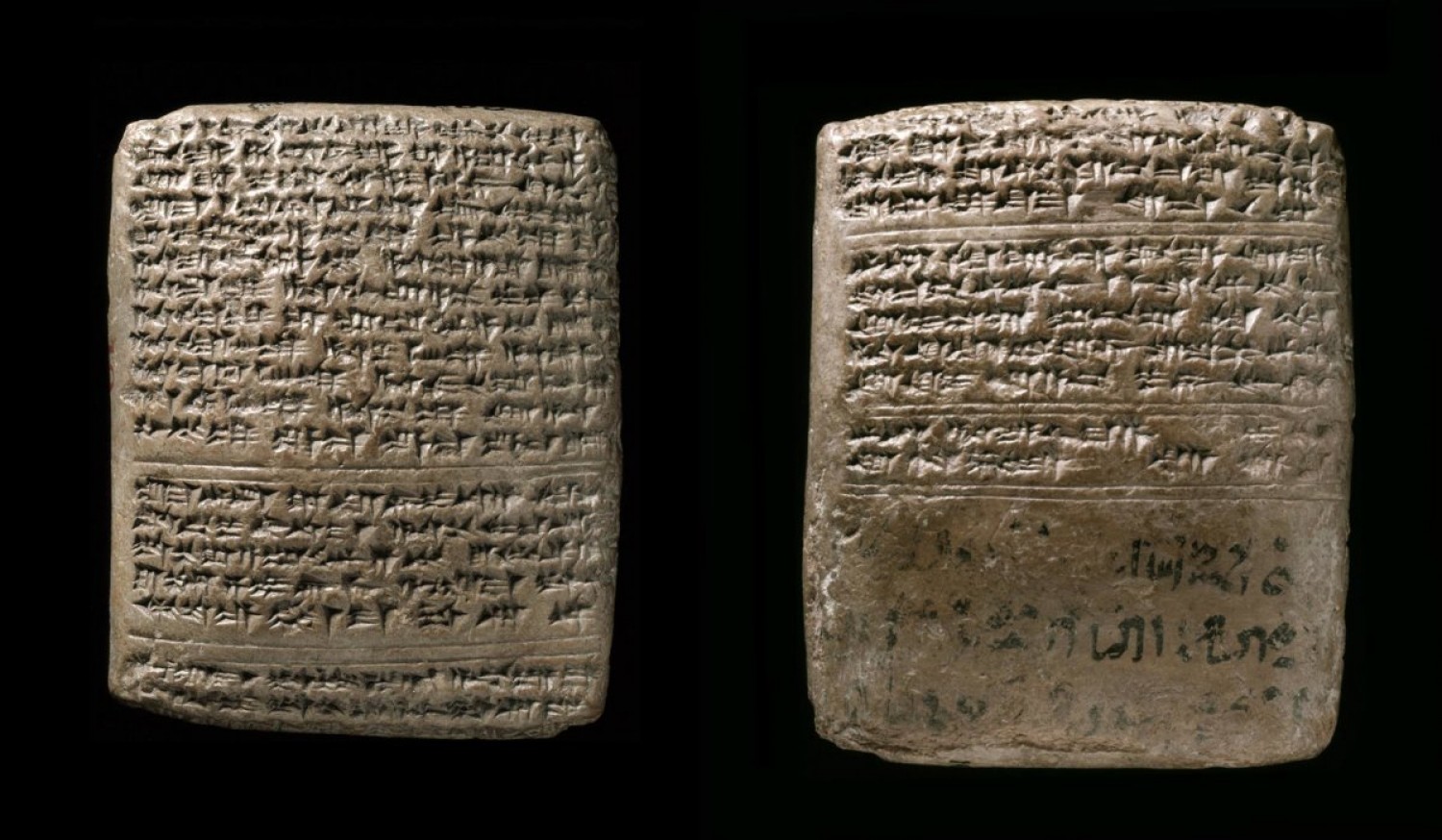 AMARNA LETTERS In 1887,    walking through AMARNA found a group of clay tablets inscribed in the cuneiform script (wedge-shaped writing developed in Babylonia). She had stumbled upon a storehouse of diplomatic letters between Egypt and her Middle Eastern neighbors. More than 350 inscribed tablets were discovered, written mostly in Babylonian cuneiform, the language of diplomats and foreign traders.

The letters were sent from foreign kings with their ambassadors bringing gifts or tribute to AKHENATEN.

Some requested that the king send gold from Egypt. One of the Amarna letters reads:

Know that I am well and that my land is well.

And as to thy good health,

Even thy good health, the good health of thy house, thy sons, thy wives, thy horses, thy chariots . . .

Why hast thou not sent thy messenger to me?

I have sent my messenger to thee.

And have I not sent to thee through my messenger one hundred talents of copper?

The Amarna letters tell us a lot about what luxury goods were prized in the ancient world. They give us a glimpse of how government worked and have helped scholars better understand the language and grammar of cuneiform. But, most importantly, the letters show the effect of changing Egypt’s religion from polytheism (many gods) to monotheism (one god). Akhenaten remained isolated in his holy city, neglected his duties, and ignored his neighbors, and Egypt went from her “golden age” into decline.

The Attractions of El Minya (Amarna) One Day Tour