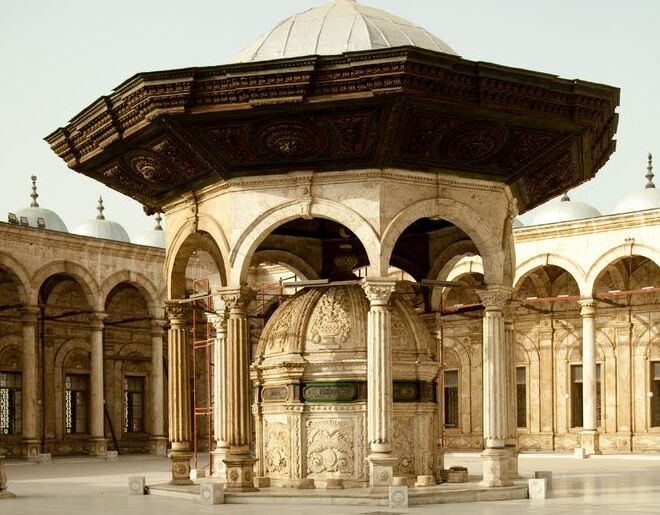 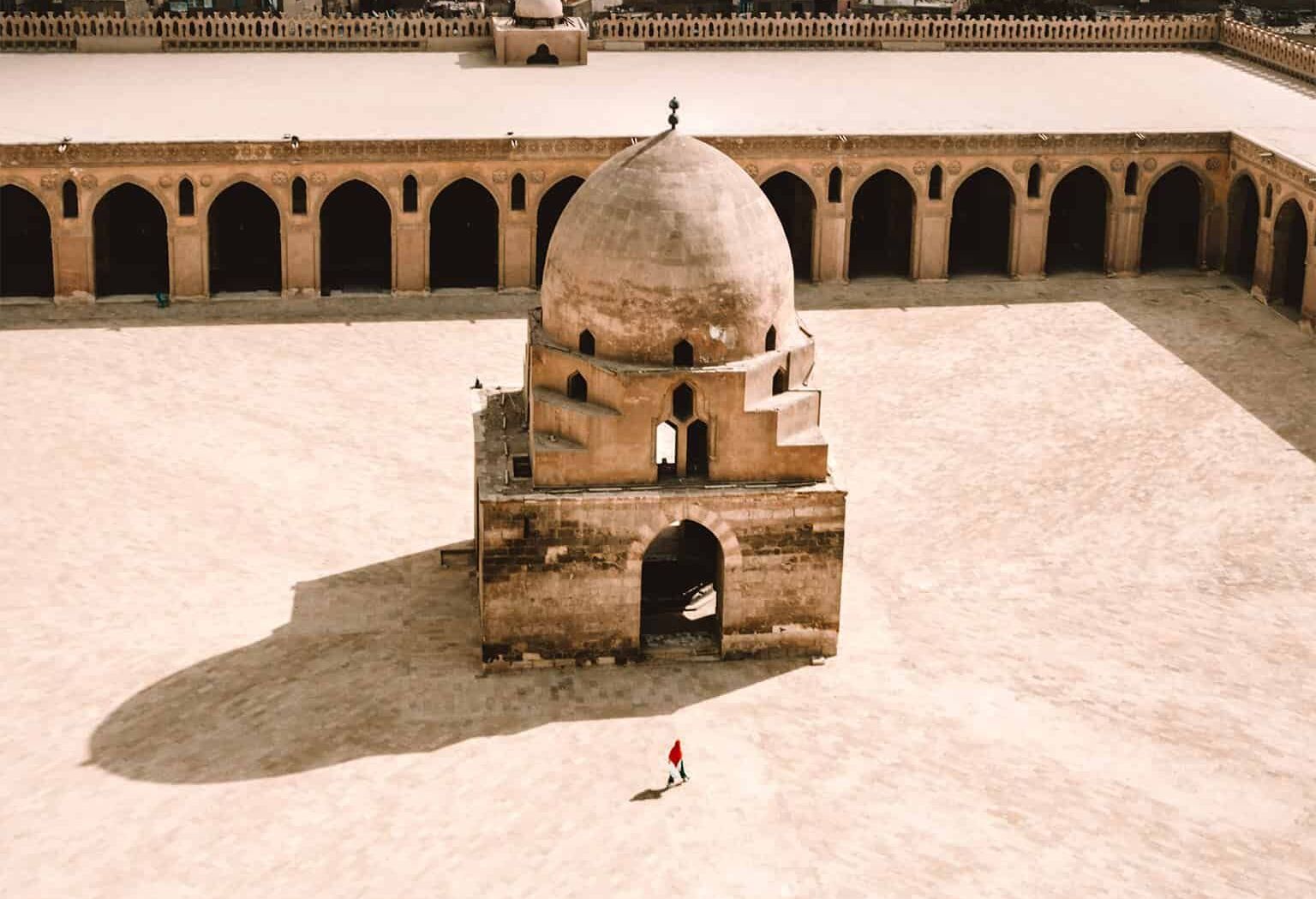 After meeting your tour guide at the hotel, you will start your tour with the mosque of Mohamed Ali, known also as the Alabaster mosque. In 1830, Mohamed Ali, the king of Egypt ordered to build of the Alabaster Mosque inside the citadel. You will go inside the mosque to see its main components and learn about the Islamic pillars. Aside from its huge size and exquisite beauty, one of the beautiful elements of this mosque is that it has two identical slim minarets, top-covered with lead as the mosque domes and semi-domes. Enjoy the panoramic view of the city from the mosque, where you can see the Giza pyramids on clear days.

Another beautiful mosque is worth visiting, the mosque of Ibn Tulun (866-869). This is the most well-preserved one in Cairo. The mosque has a unique tower. It is one of a kind all over Egypt where the staircase is outside the tower. You will also visit the Gayer Anderson museum inside the walls of the mosque.

The next stop will be at Sultan Hassan Mosque and Madrasa which dates back to the 14th Century. It is a unique mosque with its tall arches, beautiful multi-chromatic marble floor, and unique style.

When the tour ends, you will go back to the hotel.